What are the Dangers of Mixing Steroids and Alcohol

Doubtless you’ve heard quite a bit about the misuse of steroids that often occurs in professional athletics such as baseball, football, and even the Olympics. What you might not be aware of are the dangers that come when one mixes steroid use with alcohol.

Anabolic steroids, formally known as anabolic-androgenic steroids, are synthetic substances that work by mimicking the hormonal effects of testosterone on the body. The word anabolic refers to building muscles and androgenic refers to the fact that these substances increase male sex characteristics in users.

There are a few legitimate medical uses for anabolic steroids such as preventing muscle mass decrease in those with abnormally low growth rates and for those with wasting diseases such as AIDS, as well as treating the delayed onset of puberty. But often anabolic steroids are illegally obtained for the purpose of increasing muscle mass, improving athletic performance, and reducing body fat. 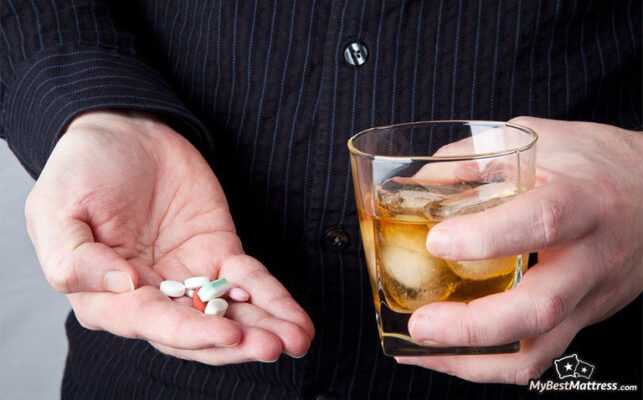 When abused, steroids are often taken in dosages that are 10 to 100 times higher than used to treat medical conditions. Many people develop a tolerance to the drug so that they have to take increasing amounts to obtain the same effect. People will then temporarily stop and restart. This is known as steroid cycling.

Studies indicate that steroid use can lead to an increased desire for alcohol and an increase in alcohol consumption. (Fahlke, C., & Eriksson, C. P. (2000). Effect of adrenalectomy and exposure to corticosterone on alcohol intake in alcohol-preferring and alcohol-avoiding rat lines. Alcohol and Alcoholism, 35(2), 139-144.

Steroids may make one more susceptible to consuming alcohol because of the mood-altering effects steroid use can have. According to research done by the American Fitness Professionals and Associates, (https://www.afpafitness.com/research-articles/anabolic-steroids-and-the-depression-connection) steroid use temporarily elevates the mood of the user, but then creates a depressive state as the drug wears off. Fitness professionals refer to this as “estrogen rebound,” where the body produces excess estrogen in response to the suppression that resulted during the testosterone surge. This can cause a person to turn to alcohol for a mood lift. Furthermore, according to the Journal of Steroid Biochemistry (https://www.ncbi.nlm.nih.gov/pubmed/3172777), alcohol actually increases estrogen in the body, which could then lead the person to seek out further steroid use to feel strong and powerful again.

Further problems that stem from combined steroid and alcohol use are due to the effects that steroid use alone can have on the brain, which are then magnified when mingled with alcohol. Anabolic steroids affect the dopamine, serotonin, and opioid systems in the brain, leading to mood swings, “roid rage,” and aggression. Therefore, if steroids are abruptly stopped, users may experience fatigue, irritability, insomnia, and depression. Many doctors believe that long-term abuse of steroids can deplete neurotransmitters in the brain which can result in short-circuiting.

Dr. Harrison Pope, MD from McLean Hospital in Belmont, MA and Dr. David Katz, MD from Harvard medical school interviewed more than 40 bodybuilders and football players who admitted to steroid use. They found that aggressive and irritable behavior was a common side effect, with almost half admitting to even manic behavior during steroid use. The users cited hyperactivity, psychotic behavior, and some even cited an irrational belief in their own invincibility. One bodybuilder somehow survived purposely driving his car into a tree while driving at 60 mph while a friend videotaped. Another user reported hallucinating while using steroids, and another had paranoid thoughts. All stated that these mind alterations disappeared when they ceased steroid use. Each of these psychological disturbances can be exaggerated when alcohol is involved. (Pope, Harrison G., M.D. and Katz, David L., M.D. (1988). “Affective and Psychotic Symptoms Associated with Anabolic Steroid Use.” American Journal of Psychiatry, 145:4, 487-490.)

Both steroids and alcohol are independently taxing on the liver and kidneys, but when the substances are combined, the mixture can be toxic because of the overexertion placed on the liver and kidneys. Even the labeling of the common steroid prednisone says the following: “Healthcare providers often advise dosage modification of different drugs for alcohol consumers because alcohol can interfere with excretion and detoxification performed by the liver.” http://www.prednisonefacts.com/prednisone-and-alcohol/ When used in unison, steroids and alcohol can lead to liver cancer, cirrhosis, fatty liver, alcoholic hepatitis, fibrosis, and liver tumors.

Both steroids and alcohol independently can cause gastrointestinal irritation, and when taken together, the effect is magnified. Some possible conditions that may arise from the combination are ulcerative colitis, gastrointestinal bleeding, and stomach ulcers. Some people experience, nausea, vomiting, and stomach upset when using steroids and alcohol together.

Many other steroidal side effects can be serious and mixing alcohol may increase these risks. Some serious steroid side effects include pancreatitis, coughing up blood, swelling, rapid weight gain, eye pain, seeing halos, low potassium, stroke, tendon rupture, fluid retention, increased risk of colon cancer, depression, and suicidal thoughts. Side effects pertaining to the heart include cardiac myopathy, irregular heartbeat, heart attack, and dangerously high blood pressure, which can be indicated by a severe headache, seizure, uneven heartbeat, chest pain.

Less serious symptoms caused by steroid use include insomnia, mood changes, acne, slower healing, dizziness, and changes in the shape or location of body fat. These side effects may all be made worse with the use of alcohol.

Although more medical studies need to be conducted, there is a sufficient body of evidence suggesting there are numerous risks inherent in the combined use of steroids and alcohol and educating yourself on the potential harm you could be doing to yourself is the first step to making the right choice. If you or someone you know is caught in the cycle of alcohol and steroid use, be sure to seek out professional help from a substance abuse agency before serious side effects catch up to you. You owe it to yourself and those you love to give yourself the best chance at living a healthy, risk-free life. You might be surprised at how much your mood and ability to handle life improves when you are no longer a slave to a destructive pattern.